Austria, officially the Republic of Austria, is a country in Central Europe. It is bordered by Germany and the Czech Republic in the north, Slovakia and Hungary in the east, Slovenia and Italy in the south, Switzerland and Liechtenstein in the west. The capital is Vienna. By political order, Austria is a parliamentary democracy. 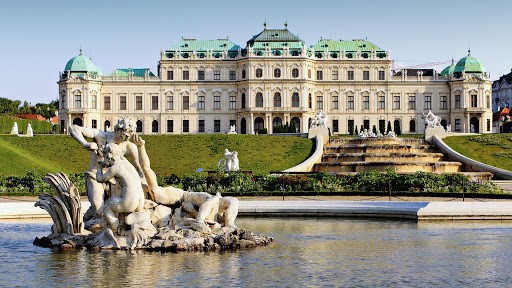 Austria is one of the smallest countries in Europe and is located in the central part of this continent. It is one of the most popular tourist destinations in Europe throughout the year.
Since the country abounds in mountains (the Eastern Alps occupy as much as 60% of its territory), mountain tourism is highly developed. In the mountainous part of Austria you can enjoy ski resorts in winter, as well as beautiful nature, views of the Danube River and clean alpine air all year round. Also, the capital Vienna is a popular tourist destination, as is the city of Salzburg, the birthplace of Wolfgang Amadeus Mozart.

It was created in 976, when it came to the need to protect the Roman Empire from attacks by tribes from the east. In the Middle Ages, Austria became the center of European culture from a set of barbarian tribes. In 1156 Vienna became the capital, and shortly afterwards the famous Habsburg dynasty came to power. The devastating consequences for all of central Europe at that time were left by the Thirty Years’ War (1608-1638) and the Turkish sieges of Vienna (1529 and 1683). The flourishing of the state is considered to be exactly the time when the Turks were defeated and when the Baroque period began in which Queen Maria Theresa and her son Joseph II modernized the state.

The French Revolution of 1848 brought about changes throughout Europe, and a new order was established precisely at the Congress of Vienna and the breakup of Austria-Hungary. After that, Vienna became one of the largest cities and the center of intellectual life, not only in Europe, but in the whole world. After the First World War, Austria became a republic, and during the Second World War it was annexed to Nazi Germany, which caused great destruction of the country during the war. The country recovered economically during the 1970s and is today one of the leading countries in the European Union. 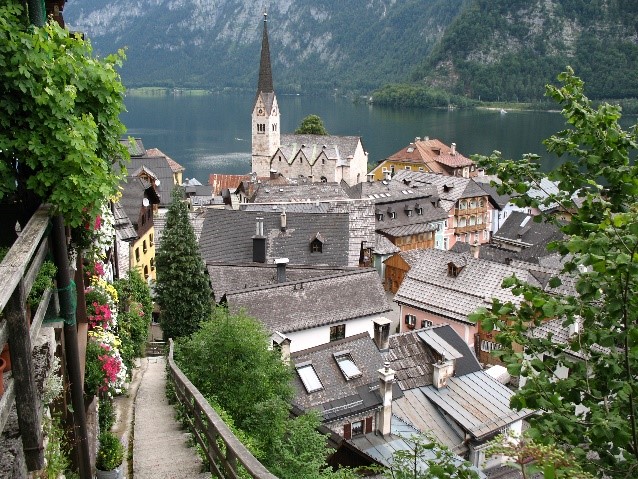 Austria has many cultural and historical sites like: Hofburg Palace in Vienna (the centuries-old seat of the Austrian monarchs), City of Salzburg (Mozart’s hometown), Hofkirche in Innsbruck, Graz Armory (Landeszeughaus). and many others. Vienna is the capital and also the largest city of Austria. It is located in the eastern part of the country and covers an area of ​​414, 65 square kilometers. It has a population of about 1,700,000, many of them are foreign immigrants.

Vienna has a very long and rich history. The settlement on which the town is today existed in Roman times, and the first written information about it dates from the thirteenth century. Vienna has for centuries been the capital of the Habsburg dynasty and the empire they created. Some of the greatest composers of classical music, such as Haydn, Mozart, Beethoven, Schubert, List and many others, spent their lives in Vienna. Since 1918, Vienna is the capital of the Republic of Austria, which replaced the centuries-old empire after the First World War.

It has rich cultural and historical heritage as well as numerous attractions.

Schönbrunn Palace is one of the symbols of Vienna. In translation, it means “nice well”, according to the wells that were in this complex. The palace consists of over 1 400 rooms, that’s why many call it the Mini Versailles. A great visit to Schoenburne also contributes to the park with gardens, which are probably the most beautiful in Vienna. Due to its historical significance, Schönburn has been on the UNESCO World Heritage List since 1996. This is certainly a must-see attraction in Vienna.

Ringstraße is Vienna’s most famous street. This boulevard was built in 1857 on the site of what used to be the medieval walls. The most important state institutions are located here, such as the Parliament, the Hofburg Palace, the Vienna Opera, the University of Vienna, the Palace of Justice and more.

Salzburg is the fourth largest city in Austria, located in the central part of the country. Salzburg is the administrative, economic and cultural center of the province of Salzburg, where it forms a separate city district. Salzburg is known for its old core in the Baroque, one of the most preserved in Central Europe. The word Salzburg means salt city, the origin of this name dates back to the Middle Ages when salt was being transported across the Saltah River. Salzburg is one of the gems of Central Europe,  exudes the atmosphere of old times.

The magic of old and ancient times is felt when you walk through the Old city (Altstadt). You will be amazed by the rich past and preserved tradition.