Spain lies in Southern Europe asnd it borders the countries: Portugal, Andorra, France, Gibraltar (which is a British Overseas Territory). Spain also shares borders with Morocco, as the two Spanish enclaves (Spanish territories) Ceuta and Melilla are located within Morocco.Spain is separated from Africa by the Straits of Gibraltar.

This passage connects the Atlantic Ocean with the Mediterranean Sea. The narrowest point in the Straits of Gibraltar between the two continents Europe and Africa is 14.3km/8.9 miles wide. 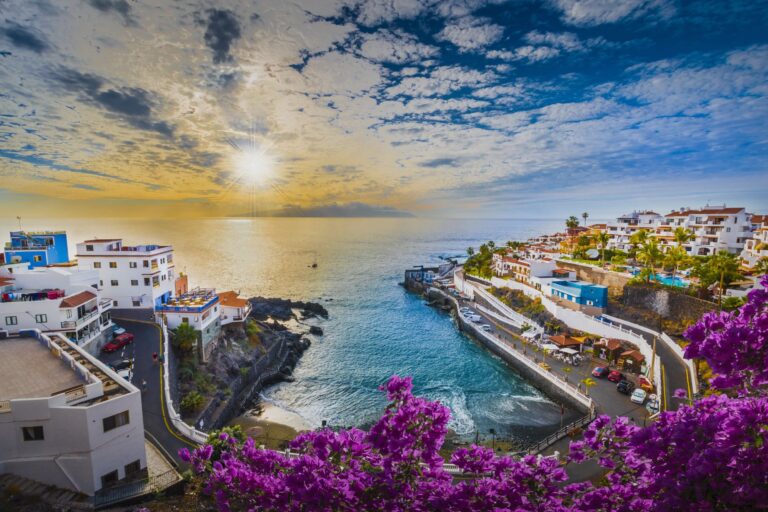 Spain lies on the Iberian Peninsula. The country borders the Mediterranean Sea in the South and East and the Atlantic Ocean in the Northwest.

In the North, the Pyrenees mountain ranges are forming a natural border with the tiny country Andorra and with France. To the west of Spain is Portugal.

Spain is the fourth largest country in Europe after Russia, Ukraine and France. Population- 48 million people live in Spain (2019).

Largest island is Mallorca (which is part of the Balearic Islands). Largest natural lake in Spain is Lake Sanabria. Largest saltwater lagoon is Mar Menor, which is also considered as the largest salt lake in Europe.Westernmost point of Spain is Kap Finisterre.

The Spanish nation is divided in 17 ‘autonomous communities’ which are regions where people have their own regional government. 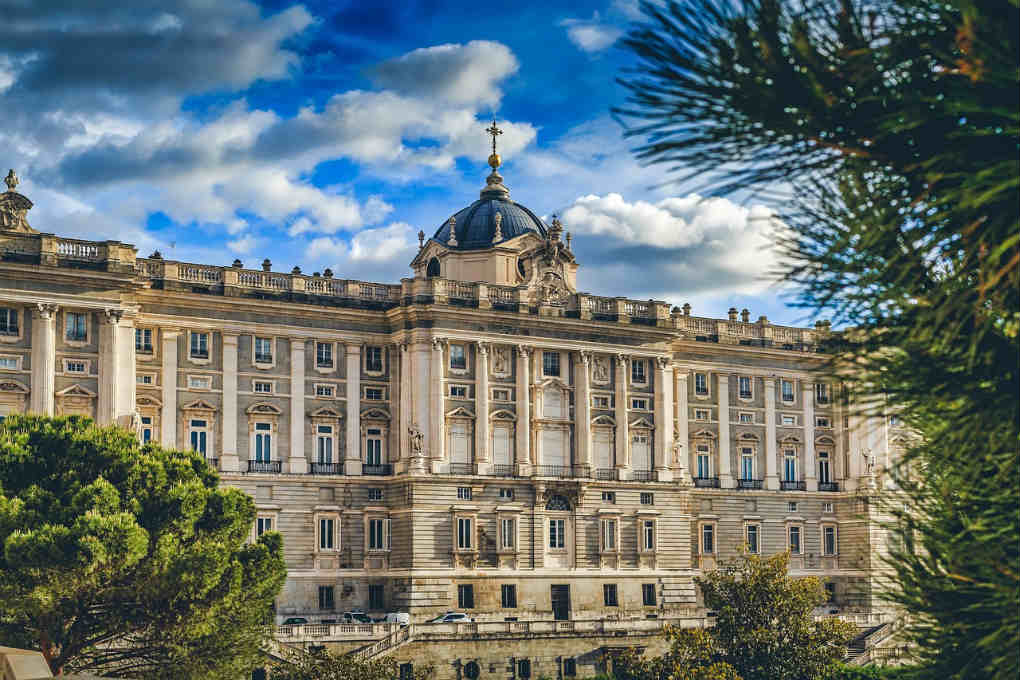 The Spanish people have their own royal family who lives in the royal place, the ‘Zarzuela Palace’, outside of Madrid. The Royal Palace, Palacio Real, in the city of Madrid is the place where official functions take place. On 19 June 2014, the son of former king Juan Carlos , Felipe VI, was crowned the new king of Spain.

From 711 to 1492 Islamic Moors ruled in Spain. In 1492 Christopher Columbus discovers America and the Spanish rulers start forming their empire. In the 16th century Spanish kings ruled over many European countries, Portugal, Netherlands, parts of France, Germany, Italy and Austria. The Spanish Civil War rages in Spain from 1936 to 1939 when dictator General Franco takes over the country. In 1975 Franco dies and Juan Carlos I becomes King of Spain. In 2014, his son Felipe followed him on the throne when Juan Carlos resigned due to old age.

The five biggest cities in Spain are: Madrid, Barcelona, Valencia, Sevilla and Zaragoza.

Madrid is the capital city of Spain, located right in the centre of the Iberian Peninsula. Its geographical location grants good communications of the city with other Spanish regions. As capital of the country, it is the seat to the Spanish government institutions and the city of residence of Spanish Royal family. With a population of about 5 million, it is one of Europe’s largest metropolises.Spain’s capital city is known for the royal palace and the Prado museum which is on the most important fine arts museums in the world. There some of the greatest paintings of European artist are shown. Plaza de Cibeles with its fountain is another one of the main landmarks of the city. Madrid’s Puerta del Sol is probably the city’s most famous spot. Madrid is a city of great monuments. Among its highlights are the medieval center dating back to the Habsburg Empire and the Prado Museum. But Madrid is not just a cultural destination. It is also a lively metropolis with many pubs, cafes, discotheques and nightclubs open late into the night.It is the Center of All The Roads in Spain. 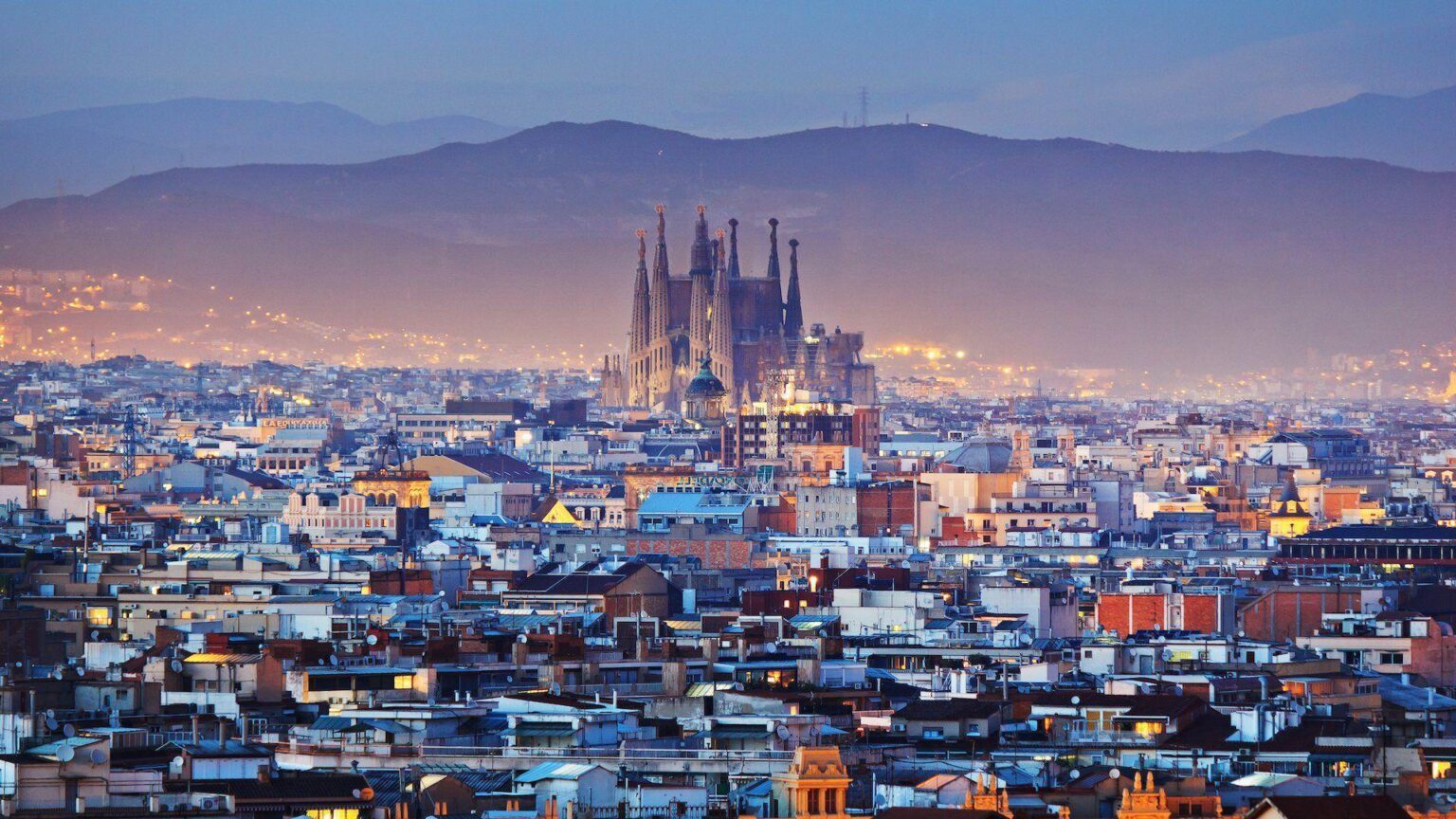 Barcelona, is the capital of both the province of Barcelona and the autonomous community of Catalonia. The city is governed as a municipio (municipality) of Spain, and its elections are held every four years.The headquarters of the European Union for the Mediterranean are located in Barcelona. The city is known for hosting the 1992 Summer Olympics as well as world-class conferences and expositions and also many international sport tournaments. Barcelona has 1.5 million inhabitants.Explore the amazing buildings designed by artist and architect Gaudí such as the iconic landmark Sagrada Familia, the unfinished basilica, or the colourful mosaics in Park Guëll. Plaça de Catalunya, a Square at the Heart of Barcelona’s City Centre. A walk down Calle Tallers will deliver you back to the top of the Ramblas – where the street meets Plaça de Catalunya. This is one of Barcelona’s largest squares and is the gateway to uptown Barcelona.

The beach is close to the city centre and the Barceloneta is the most popular beach suburb of Barcelona. More than 500,000 visitors from all over the world visit this popular beach every summer.

It is the city which was once founded by the Romans. Valencia is known internationally for the Falles (Les Falles), a local spring festival held in March which feature giant puppets and fireworks, as well as known for paella valenciana, traditional Valencian ceramics, craftsmanship in traditional dress, and the architecture of the City of Arts and Sciences, designed by Santiago Calatrava and Félix Candela. The futuristic ‘City of Arts and Sciences’ complex is worth a visit. 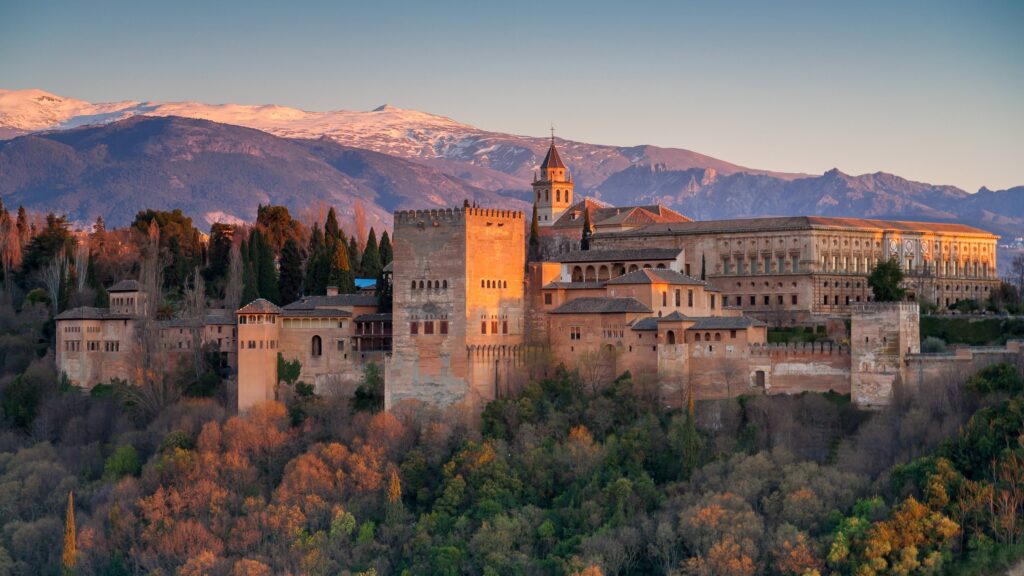 “The Moorish Jewel”. Granada is the capital city of the province of Granada, in the autonomous community of Andalusia, Spain. The city located at the foot of the Sierra Nevada mountains is known for the majestic Alhambra palace and fortress.

At this UNESCO world heritage site you can learn about Spanish history and the Spanish Islamic art while admiring the Arabic decorations and colourful mosaics. 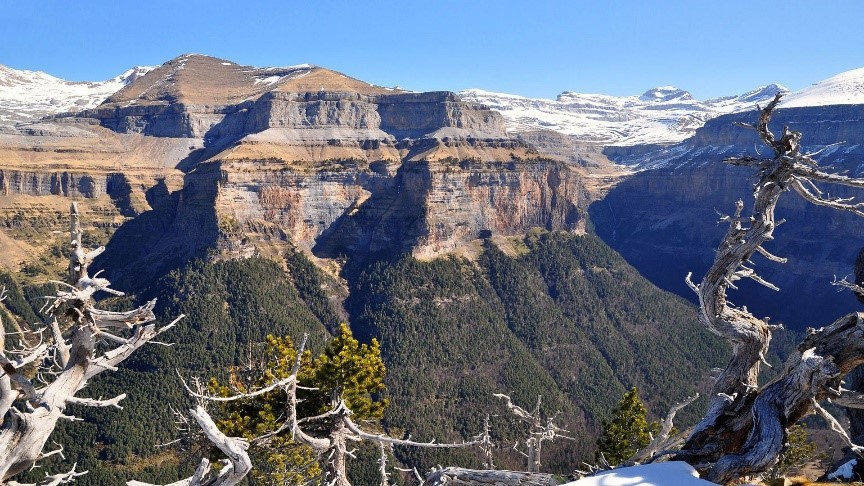 Established in 1918 the Parque Nacional de Ordesa y Monte Perdido was Spain’s first protected area and an undisputed highlight of the Pyrenees. Covering an area of 156 square kilometres the park contains the showcase valleys of Ordesa and Anisclo. In 1997 it was made a world heritage site by UNESCO and it is also part of the Ordesa-Viñamala UNESCO Biosphere reserve.

Standing at 3355m right inthe centre of the park is the limestone summit of Monte Perdido -the third highest peak in the Pyrenees. The park contains a dozen or so other summits of over 3000m mostly strung along the French border.

This is a high-mountain landscape with an extremely abrupt relief formed by deep canyons and raised plateaus. The extreme aridity of the upper areas contrasts with green valleys with pastures and woods, where the water forms waterfalls and rushes through canyons and gorges.