Greece, officially the Republic of Greece, is a country in the far southeast of Europe, in the south of the Balkan Peninsula. It is located at a strategically important junction between Europe, the Middle East and North Africa, between the Aegean Sea in the east, the Ionian Sea in the west and the Mediterranean Sea in the south.

It borders Albania in the northwest, northern Macedonia and Bulgaria in the north and Turkey in the northeast. With an area of ​​just under 132,000 km², it is the largest country in the Balkan Peninsula.

In addition to the continental part, Greece also includes over 1,400 islands, the largest and most significant of which are Crete, Euboea, Lesbos, Rhodes and Corfu. The coast is very crowded and with a length of 13.676 km Greece is 11th in the world. The relief is mostly mountainous and the highest peak is Mount Olympus with an altitude of 2,917 m. 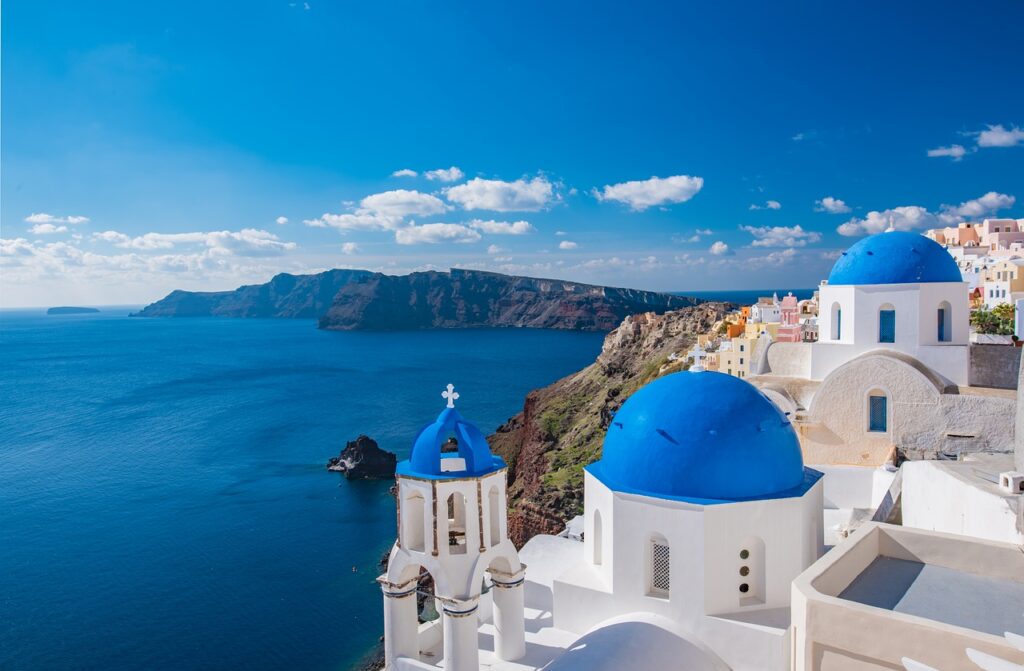 Almost half of the population live in the three largest metropolitan cities in the country – Athens (which is also the capital and largest city), Thessaloniki and Patras. Larger cities are also Heraklion, Larissa, Volos and Rhodes. About 95% of the population are ethnic Greeks, and Greece is considered one of the most ethnically homogeneous countries in Europe. The largest ethnic minority are Albanians, with a share in the total population of about 4%. The official language is Greek, and in confessional terms, Orthodox Christianity dominates (the Greek Orthodox Church and the Patriarchate of Constantinople).

Greece emerges in the Aegean, Ionian and Mediterranean seas of Albania and Turkey.

The coast is very wide, with many islands, peninsulas and bays. Their coast is second largest in Europe. Most of the country is under the mountains.

Greece, as the cradle of European civilization, the Olympics games and ancient culture, is constantly attracting great attention of tourists from all over the world. Ancient monuments over 2,000 years old, beautiful sandy beaches, a sea of ​​turquoise color and traditional Greek cuisine make it impossible to resist. 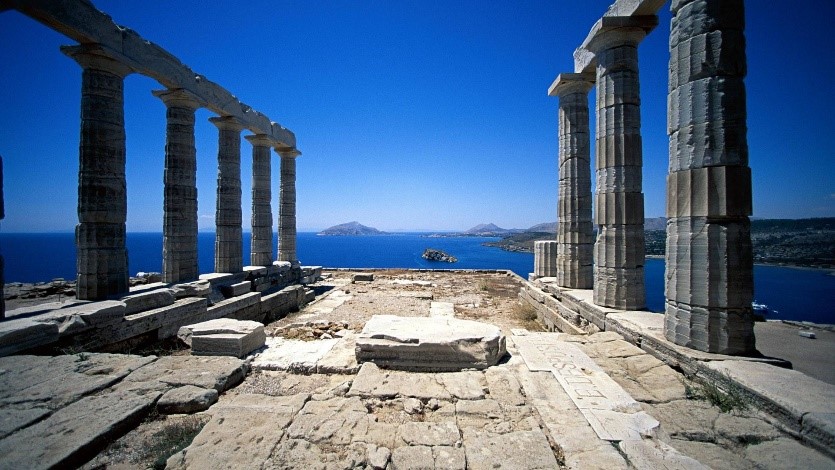 Athens is the capital of Greece and one of the most famous cities in Europe, as well as the largest city in Greece. Contemporary Athens is a large and cosmopolitan city while ancient Athens was a powerful city-state and a well-known educational and philosophical center

Athens is the historical capital of Europe, with a long history, dating from the first settlement in the Neolithic age. In the 5th Century BC (the “Golden Age of Pericles”) – the culmination of Athens’ long, fascinating history – the city’s values and civilization acquired a universal significance. Over the years, a multitude of conquerors occupied Athens, and erected unique, splendid monuments – a rare historical palimpsest. In 1834, it became the capital of the modern Greek state and in two centuries since it has become an attractive modern metropolis with unrivalled charm.

Poised high and statuesque on Acropolis Hill, the Acropolis stands guard over the city of Athens, a testament to Greek culture and artistic architectural ability of the 5th Century BC.

To understand the historical significance, walk through the tall marble columns of the gateway Propylaea to the sacred space of the patron goddess of the city- Athena, the Ionian Temple of Nike and then to the Parthenon. Passing through the Roman Agora and the narrow cobbled streets of Plaka, discover numerous ancient monuments from the Ottoman, Byzantine and Roman eras. Visit the Museum of the City of Athens and the Old Parliament, which has now become the Historical Museum. Monastiraki Square provides a pleasant break from the ruins, as this is a shopper’s paradise filled with quaint stores selling traditional Greek souvenirs like worry beads, pottery, beautifully embroidered tablecloths and leather sandals. Athens is alive at night with the sounds of Greek music and the aroma of souvlaki filling the air. Sip ouzo at one of the Jazz clubs or just enjoy a Greek coffee at one of the outside cafes, enjoying one of the world’s oldest cities.

Aristotle, Themistocles, Pericles and Plato all wandered this great city, the birthplace of democracy and home to the mighty Parthenon.

is located in the Aegean Sea and belongs to the island group of the Cyclades. It covers an area of ​​about 96 km2, the length of the coast is 69 km. The western side of the island, the one facing the volcano, the places of Fira, Imerovigli, Firostefani, Oia, is rocky and steep and is called CALDERA. The east side has beautiful pebble and sandy beaches. Beautifully landscaped beach Monolitos, about 5km from Kamari, is especially suitable for everyone who likes to explore and enjoy.

On this most romantic Greek island, you will enjoy an unforgettable view of the volcano from Fire, the most beautiful sunsets from Oia and the beautiful beaches and good time in Kamaria or Perissa. Kamari is a popular tourist destination with a beautiful pebble beach, greenery on the beach, numerous cafes, restaurants and nightclubs. Kamari has a beautiful promenade for a walk by the sea for several kilometers. It is very suitable, colorful and idyllic for organizing a wedding. There you could find the most stunning spots for your big day.

is the most popular cosmopolitan island, located in the heart of the Kikaldi archipelago. According to mythology, Mykonos was formed from the decorated bodies of giants killed by Hercules.

In contrast to other Cycladic capitals, the capital of the island (Hora) is not built in the shape of an amphitheater, but spreads over a wide area. It is one of the best examples of Cycladic architecture and is very attractive to visitors. Take a walk through the narrow streets and admire the white houses with colorful doors and window frames, purple flowers of Bougainvillea, hidden churches …

One of the most beautiful parts of the island is Alefcantra or “Little Venice”. An 18th-century district dominated by the castles of great captains with colorful balconies and stylish windows. The balconies that lean over the sea are reminiscent of the scenes of the famous Italian city. Relax in a cafe on the water and admire the view of strange windmills that stand intrusively on top of the hill … In this beautiful paysage you could have the Mykonian wedding of your dreams.

The traditional settlement of Mykonos is also Ano Mera, located around the historic monastery of Panaiia Tourliani (a 16th century church with a brilliant carved wooden iconostasis). In the north, in the place of Ftelia, there is an important Neolithic settlement and a mythical tomb from the 14th and 13th century BC.