Hungary is a continental country in Central Europe. It is located in the Pannonian lowlands and borders Slovakia in the north, Ukraine and Romania in the east, Serbia and Croatia in the south, Slovenia in the southwest and Austria in the west. The capital and largest city is Budapest.

The territory of modern Hungary was for centuries inhabited by a succession of peoples, including Celts, Romans, Germanic tribes, Huns, West Slavs and the Avars.

It is mostly flat land, while the terrain gradually rises only to the north, along the border with Slovakia, where the highest peak is – Kekes – at 1014 meters above sea level.

The country has about 10 million inhabitants, belonging to many nations, most of them Hungarians.

The capital – Budapest – gathers 20 percent of the total population, and is located in the north of the country, along the Danube coast. It’s the political, economic and cultural center of Hungary and it is important, as well as the destination for every tourist. 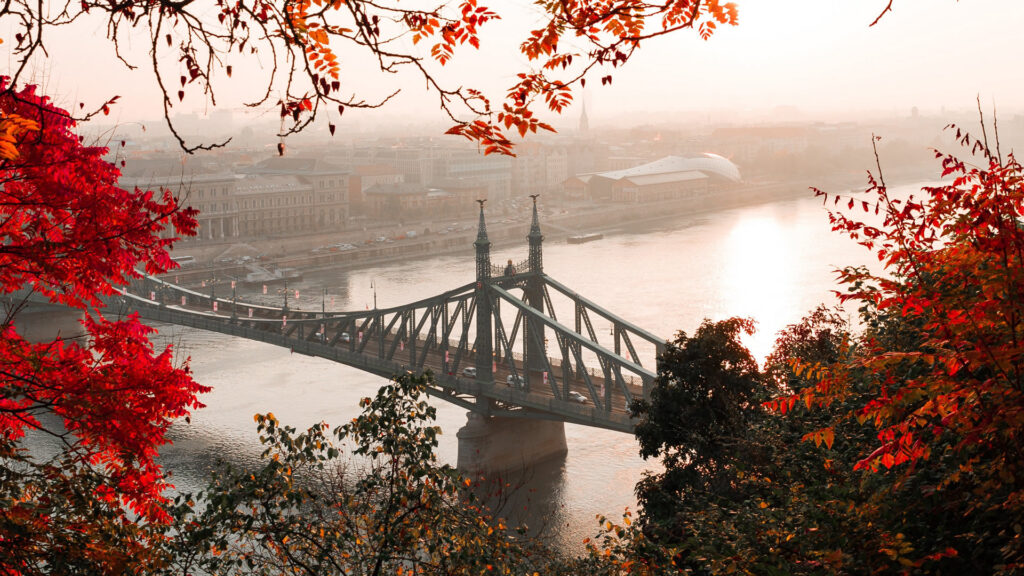 Hungarian gastronomy is characterized by angry and spicy dishes. Peppers are otherwise used in all possible ways and in all known forms, and the widely known species is grown in the Szeged region.
There are all kinds of soft and alcoholic beverages in the country – especially locally produced brandy. It is also worth mentioning Hungarian wines from the northern province of Tokaj, which are made from the aszu variety, which has been enjoyed throughout history by Roman emperors, the British royal family and several popes.
Sights and tourist attractions in Hungary: Hungarian Sea Balaton, Budapest, Hortobagy National Park,
Hungaroring, thermal spas etc.

Budapest is the capital of Hungary, with over 1, 7 million inhabitants. This is also the main political, economic and cultural center in the country.

Budapest is a city with a long history. The settlement existed during the Roman Empire under the name Aquincum. During the Middle Ages, Budapest and Pest were two completely separate entities. In Budapest there was a court of the Hungarian kings. The Ottoman conquest of the Hungarian Pest was abandoned, while Budapest continued its development under a new ruler. The merging of these entities took place in the mid-nineteenth century, and has since begun the development of modern Budapest. Today, the city is divided into 23 districts, and Budapest and Pest have in some ways continued to exist separately, as they are divided by the mighty Danube River that runs through here.

In Budapest, as in the rest of Hungary, the continental climate prevails, with cold winters and warm and pleasant summers.

Budapest is a very popular tourist destination, with many attractions and cultural and historical monuments to see, like:

The Szabadsag hid, or Bridge of Liberty, is one of the symbols of Budapest. The bridge was built between 1894 and 1896 and has been rebuilt several times. It is 333.6 meters long and as such is the shortest bridge in the city. It connects two historical entities, Budapest and Pest.

Hero Square is the largest and most impressive square in Budapest. The 18-foot-tall monument was erected in 1896 to commemorate the Hungarians’ 1,000-year history. This is why the monument is called the Millennium Monument. On the north side of the square is the Museum of Fine Arts, and on the south side is Kunsthalle, a hall for exhibitions of contemporary art.

Castle County is visible from all sides of Budapest. It consists of beautiful buildings and cobbled streets. The Holy Trinity Central Square is filled with many tourists every day who visit Matthias Church. 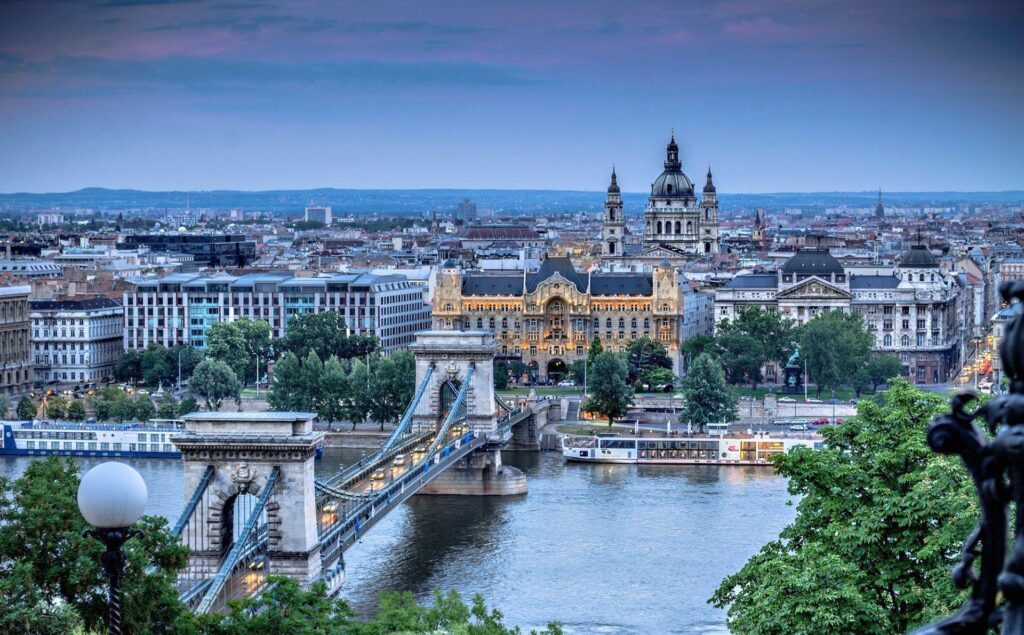 The Royal Palace is a baroque court built in the eighteenth century. It lies on the grounds of the famous medieval palace, built between the thirteenth and sixteenth centuries, destroyed in the fighting with the Turks. The Royal Palace is today home to the Hungarian National Gallery, the Budapest History Museum and the National Library.

The Great Synagogue in Dohány Street is the largest synagogue in Europe and the second largest in the world. It can accommodate close to 3,000 believers. It was built between 1854 and 1859. Today it is the center of the Jewish community in Hungary.

Budapest is the largest wine cellar in Europe, offering visitors the opportunity to enjoy the most beautiful wines. There are also numerous restaurants offering the best traditional Hungarian dishes. Numerous cafes and nightclubs are ideal places for a perfect and memorable pastime in the Hungarian capital.